Do Metal Roofs Save Energy?

There are several materials that a roof might be made out of, but in the United States, the most common material is asphalt shingles. Asphalt shingles are chose because they represent a good balance between all of the factors you should look at in comparison with other materials. However, some people choose to go with metal roofs instead of the asphalt because of the benefits that metal roofs offer. For one thing, metal roofs last nearly three times as long as asphalt shingles – an average of 70 years in comparison to 20 on asphalt. Of course, there is a significantly higher upfront cost with metal roofing. But you will have to do the math and see if it is worth it for you. But first, let’s take a look and see how it stacks up on energy efficiency.

Energy Savings in the summer

Most people are aware, or already suspect, that a metal roof does provide better energy efficiency in the summer months. It sounds counter-intuitive, because metal seems like it would be hotter to the touch than asphalt, but the fact is that during the summer months, asphalt roofing can absorb a lot more heat, allowing it to stream into other areas of the home like the structural beams and interior walls. This can increase the interior temperature by as much as 20-25%. This comes from researches conducted by the Florida Solar Energy Center.

But metal roofs actually reflect away a great door of the sun’s heat in the summer than an asphalt roof would. While the asphalt shingles are busy storing up the sun’s heat to make the house hotter even after the sun goes down, metal roofing tiles are busy reflecting away the sun’s heat instead of storing it. As a result, they can actually be up to 100 degrees cooler than your standard asphalt tiles. That leads to an energy savings of up to 50% when you have a metal roof. You also do not have the cracking and peeling that comes with an asphalt tile roof that can make it even hotter.

Energy Savings in the winter

The bottom line is that metal roofs are just a much better idea if you can afford the extra cost up front. Metal roofs are going to cost at least twice as much as asphalt tile roofs, but they are going to last at most three times as long it will save you money in the long run with your heating and cooling costs. That makes them definitely worth the installation.

If you’re in the Houston area and you’re looking to decrease your electric bill with a metal roof then get in contact with All Star Roof Systems; the preferred Houston metal roofing contractor. 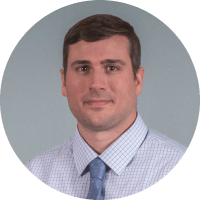